Chinese Zodiac: are you a Monkey?

Those born under the Chinese zodiac sign of the monkey are known for their quick intellect, avid curiousity, and disinclination to sit still! They are more likely than most to view life as a series of quick events, moving from one experience to another. They are likely to pounce on an opportunity that appears exciting, which can bring great extremes of success and achievement, but also loss and disappointment, to them.

Of all the Chinese zodiac signs, the monkey most resembles the human being in his appearance. He is wise and flexible, and those born in the Year of the Monkey are possessed of great intellect and are have no shortage of skills and talents.

With all that intelligence, monkeys make good leaders, and often stand out in their childhood for being the ones to win any prizes. Generally blessed with robust health (both in childhood and into middle age), they can appear to sail through life holding all the cards.

Another advantage to being a monkey of course, is all that financial savvy that comes with being so quick and intelligent, and ‘monkey people’ usually enjoy life without having to worry too much about food and clothing.

Monkeys like a challenge. They’re up for an exciting role in speculative and challenging jobs – professional sportsmen, stockbrokers, lawyers, etc. are all ideal roles for them. They also enjoy roles that gives them room to show off their abilities, such as acting, writing and journalism. Just don’t put a monkey in a cubicle with a mindless task ahead of him, he’s far too inquisitive for such tedium!

Living life as a monkey is often about representing the attributes of youth, in which high activity, education, risk and loss, all have an important part to play. As a person born under the sign of a monkey matures into middle and later life however, it would be wise for them to readress the lifestyle and habits they’ve adopted in the past, and pour their energies into a particular area of focus, such as hobbies or new careers. In this manner the monkey can feed his or her significant appetite for experience, while not allowing their tendency for risk to negatively impact themselves and their inner circle of friends and family. 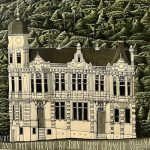