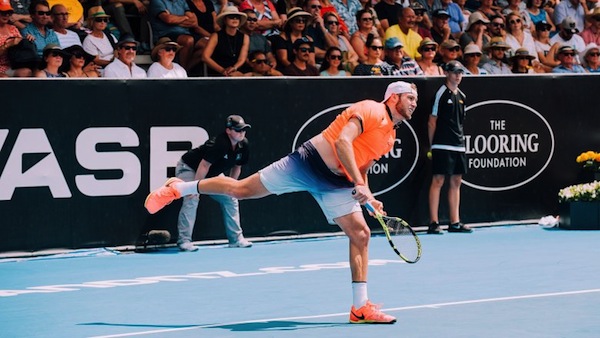 The ASB Classic is thrilled to announce both 2017 Champions Lauren Davis and Jack Sock will be returning in 2018 to defend their crowns.

Sock has gone from strength to strength this season having captured two titles (Auckland and Delray Beach), three semi-final’s including Indian Wells, considered by many as the 5th Grand Slam, and three further quarter-finals making 2017 his best year on tour.

With his all power game, the fast courts of Stanley Street really suit the American and has become a hugely popular fan favourite, something that hasn’t gone unnoticed by Sock.

“I’m really excited to be coming back to the ASB Classic. I have some amazing memories winning their last year. Playing in front of all of you on centre court, it’s an incredible atmosphere, you bring so much energy, so definitely excited to come back down to Auckland and play in front of you guys”.

His countrywoman Davis has been in similar blistering form after winning her maiden WTA Title in Auckland. In the three tournaments following the Australian Open, the pocket rocket from Ohio reached two quarter-finals (Dubai & Doha) and round 16 at Indiana Wells.

More player signings will be announced in the coming weeks with the full men’s and women’s line-up to be announced late November.

Tickets are available for purchase from Ticketek.