Construction is underway on the new apartment complex, One Saint Stephens. Both Denizen and Driven have written featured articles about the new apartments, highlighting some of their exquisite features.

Let’s say you have a supercar or two parked in your driveway and fancy the idea of an apartment in the city, but are worried about the parking situation. What do you do?

Well, there is now a solution for well-heeled supercar owners in the form of a new luxury apartment complex being offered for sale in Auckland’s Parnell suburb that comes complete with parking especially designed with supercars in mind.

Set on a prominent corner site on one of the most sought-after streets in Auckland, One Saint Stephens is setting a bold new standard for city-fringe living. From its sleek, modernist design to its enviable position that will offer residents spectacular views and all-day sun, this exceptional development is responding to Aucklanders’ growing demand for residential solutions that match their cosmopolitan lifestyles, calling for convenience and comfort in equal measure.

One Saint Stephens features 27 apartments over six floors and features such amenities as a private dining area and lounge, a private New York-inspired ‘Speak Easy’ bar, a wellness area with sauna, steam and soak pool, and an outdoor pool and gardens.

But the interesting part for the car enthusiast comes lower down in the basement, where there are two parking levels that were designed in consultation with the Giltrap Group in order to ensure the specifications “met the requirements of a purchaser with treasured vehicles.”

According to developer Martin Cooper of Experiences by Cooper, this included understanding clearance height requirements of entry and exit ramps, fitting out an on-site car grooming bay and considerations for electric vehicles, because supercars are heading that way too.

“All apartments have two car parks and 50 percent have 3 or more. They are also wider, have options for EV charging, and, with an on-site dedicated car washing bay, One Saint Stephens is the home for car lovers.”

While all of the apartments have two or three car parks included, for those with a somewhat larger collection of supercars, one particular apartment will likely be the most attractive.

Called “The One”, the flagship apartment in the complex is, of course, on the top floor and features “expansive, open plan living areas and covered terraces to the east, north and west to amplify the panoramic views present in all directions.”

But the most enticing part for the wealthy supercar fan is, again, in the basement, where the “showroom garaging”, also designed in consultation with the Giltrap Group, is.

Along with “significant walk-in storage”, there are also six oversized car parks, with the option for more “if the owner’s collection requires it.” Cooper says that with early consultation, this could be developed as a personal garage.

“The One at One Saint Stephens is fundamentally the best apartment ever offered in New Zealand,” says Cooper. “Drawing inspiration from global cities, this will be a legacy property for the lucky owner.” Indeed, from what we have seen of The One, there is simply nothing that compares.

Similar only to the development’s other, smaller penthouse (accessible by a separate lift) The One has been conceived as a glazed pavilion, perched lightly atop a stone plinth, and will offer expansive, open-plan living areas that have been intentionally designed to allow future residents to define their own spaces with furniture and art. Light will be invited into The One’s gallery space via gently-curved, pod-like forms that will draw the eye towards the living area and beyond, where covered terraces to the East, North and West will be positioned to offer spectacular, panoramic views out to the Waitemāta Harbour and across to the Auckland City skyline. Offering a necessary counter-balance to the openness of the shared areas, The One’s exquisite bedroom suite will provide comforting, private spaces to which the owners can retreat, complete with a beautifully-appointed ensuite and a walk-in wardrobe, carefully designed to provide the perfect storage for those, most special pieces.

Indeed, The One (when complete) is set to stand as the pinnacle of uncompromising luxury, rivalling the City’s grandest, standalone homes and offering a lifestyle on par with the best seen anywhere in the world. With construction well underway (expected to finish at the end of 2024) this is a rare opportunity to secure an apartment, the likes of which has never been seen here before, and probably won’t be available again for a long time, in one of the most exclusive and luxurious developments in Auckland.

Read the full reviews of One Saint Stephens in Denizen and Driven. 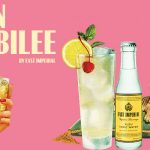 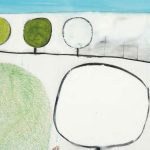 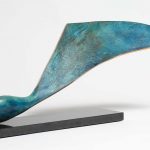