A “ghost shop”, which a community group says has been empty for a decade in the midst of swanky Parnell, got a surprise guerrilla leasing campaign this week which left the owner’s representative angry and upset.

Hong Kong-based absentee landlords were degrading Parnell’s town centre by leaving the huge shop empty for a decade, she said, although the owners’ representative disputed that.

“This neglected, vacant building has now been aesthetically transformed via a colourful flower window wrap as a form of community protest,” Adamson said today.

Local retailers, residents and people from the community stuck on the bright flower decals to decorate the exterior window front at 195-197 Parnell Rd, a more than 700sq m vacant site located in the heart of the town centre, she said.

But Raymond, whose Christian name and phone number appears on that decal as the leasing party to contact, decried the association and disputed that the big shop had been empty for 10 years.

“They say they’re here to help but they don’t help. They are bulls*** and I’m sick of these people, they’re absolute crap!” he said, refusing to give his surname.

“They put the sticker up with my name on it. It gave me a shock. They didn’t get my permission for my name and phone number to go on it. It’s only been empty on and off for a year,” he said, acknowledging that he represented the owners.

She acknowledged a pop-up Christmas business had occupied the premises shortly before the festive season sporadically but only for a few weeks occasionally and she was adamant the premises had largely been empty for a decade.

Property records show 195 Parnell Rd is owned by Man To Chow, Ra Keung Chow and lok Lin Lei. No address is given for them. Two of those three also own 2a Railway St in Newmarket.

Adamson said she had contacted the Hong Kong owners and pleaded with them to lease the premises, but to no avail.

“It’s been land-banked,” she said of the property.

The peaceful flower protest was symbolic of a much deeper issue often seen as a result of absentee landowners and demonstrated the levels of frustration from the Parnell retail community on vacant and unkempt buildings in the area, she said.

“Neighbouring businesses were increasingly irritated with the negative contribution to urban blight inflicted by these types of landowners, often based overseas and are fed up by the total lack of interest in improving the appearance of empty sites,” Adamson said.

“In the post-Covid economic climate, we can no longer afford to have 195 Parnell Rd bellowing tragedy – with its empty, flyer-strewn, leaf-filled vacant street face. Years of encouraging the owner to tenant the heart of the street has come to nothing,” Caughey complained.

“The owner of this property is being negligent and, in my view, antisocial. Unfortunately, it is impossible to draft a law that forces people to use their property if they do not wish to, without creating a government power that could be badly misused. However, it would be helpful if the owner could show some respect for the surrounding community,” Seymour said.

Adamson said the owners had refused offers to help lease the building and had declined to talk to several local landowners who wanted to buy the property.

The building was an eyesore “and has certainly impacted the overall image of our precinct. Repeated calls to the landowner to try and improve the building’s overall appearance has fallen on deaf ears”, she said.

Martyn Hamilton, managing director of Property Supervisors and Orange Realty, said he had worked in Parnell for 30 years and had seen many tenants come and go.

“I remember a time when this premises used to be a duty-free store and brought in busloads of tourists to Parnell. But, it seems the current landowner has absolutely no desire to lease out his premises, having been through pretty much every key leasing company in Auckland and turning down many opportunities for the most obscure reasons. We can no longer stand by and let this downgrade our neighbourhood – this shouldn’t be allowed,” he said.

The idea to camouflage and window wrap was a way to breathe life and vibrancy into a very rundown site, he said.

Adamson said Parnell was only just getting going again after the pandemic lockdown and wanted to ensure shoppers and diners returned.

Asked if she was being racist, she said: “This is nothing about race. Absentee landlords affect many other parts of Auckland and are disconnected with the community.”

“We’ve certainly heard of landowners who have demonstrated immense compassion for their tenants and properties, especially during a time of huge uncertainty.

“We’ve equally, however, seen those who are totally disinterested in improving the appeal and attractiveness of the area, regardless of the likely improvement in their building’s value. At the end of this spectrum are a small group of absentee landowners, who often live overseas and are totally disconnected from the communities they affect,” she said.

Association chairman Paul van Dorsten said: “This issue of absentee landowners is not just unique to Parnell, it’s an issue felt throughout the country. We have spoken to local council and MPs about this and there does not seem to be any provision in current legislation – we desperately need some kind of change.” 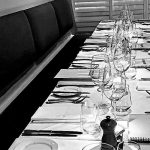 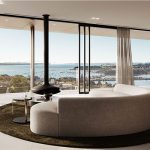