I first moved to Parnell in the mid-1980s and purchased off plans a unit in Dilworth Terrace – a group of 8 terrace homes, originally built in 1899 by Thomas Mahoney and at the time being meticulously renovated by architect Donald Ellison.

I later moved to Awatea Rd and when children came along, I became involved in the usual – Parnell Plunket, Parnell Kindy, Parnell School etc – at a time when there was an explosion of young families coming into the small suburb.

At one point I was invited to join the Knox Centre Trust, a local working relationship between the Knox Presbyterian Church and the Parnell Committee. In the mid-1990s our Knox Trust became the Parnell Community Trust. Our Trust team, plus a band of enthusiastic locals, worked tirelessly to make a dream come true.

In 1996 the Parnell Community Centre was opened in the newly restored Blind Foundation Jubilee Building. A true ‘centre’ for the community to come together. Meeting rooms, Plunket room, library, community engagement courses, a hall, farmers’ market, after-school programme and more.

I fondly remember the grand ball opening – it necessitated a visit from noise control towards the end of the evening. Oh – What a night!

More recently, well actually 12 years ago, I became involved as a volunteer at Auckland War Memorial Museum. I am part of The Flying Squad. If a department needs extra help on a particular project – we fly-in, do the task then fly-out.

Gail: David, as chief executive, you lead the strategic direction of the museum ensuring its ongoing relevance, building the capacity as a place of learning and engagement and cementing its status as a leader in the cultural sector. How important is the role of the museum in Auckland?

David: From its foundation in the fledging years of the city in the 1850s, Auckland Museum has always been at the heart of our civic culture. From a community perspective the role of Auckland Museum as a social anchor could not be more important than it is at the minute. As we recover from the worst impacts of Covid-19, the museum has strengthened its connectivity as a hub for education, information-sharing and collective reflection. With the loss of international tourists, the museum is refocusing on its local and regional culture audiences. As most Aucklanders are prevented from travelling overseas, Auckland Museum’s pipeline of international touring exhibitions is bringing the world to Auckland.

Gail: You arrived in Auckland in 2017 with an extensive CV. Your career spans more than 30 years in senior roles in museums and cultural heritage organisations, you have worked in central government policy-making on cultural property, you have organised several major exhibitions that have toured internationally, and in 2019 you were appointed Hon Adjunct Professor in Museum and Cultural Heritage at the University of Auckland. All in all you have extensive knowledge in the museum and cultural heritage economy.

In your view, what does it take to have culture and meaning in the community? And how does Parnell rate in this regard?

David: With its museum, galleries, restaurants, markets and natural amenities, such as the Domain, cultural vibrancy is a defining feature of the Parnell community and gives the suburb an unmatched quality of life. No wonder we are seeing urban intensification and a boom in retirement village development in our precinct. People want to live here at all stages of life.

Gail: Since you have been at Auckland Museum, there have been several major projects of which you would be rightfully proud – recently the opening of the new South Atrium as well as the Tāmaki Herenga Waka galleries, which tell diverse stories of the people who have shaped Tāmaki Makaurau Auckland across three centuries.

How do you plan to inspire more connectivity between the community, businesses and institutions such as the Museum?

David: Previously, I think the Museum was seen as rather remote from local businesses and the community. Its situation on the top of the Domain was seen as more of a barrier to engagement, rather like a castle on its motte. The development of our Te Ao Mārama South Atrium precinct has given us, and indeed the city, a new place of gathering and community engagement. I’d like to see Parnell and Newmarket businesses see us as a place to meet for professional and social connection, either in our new Tuitui Bistro and Café or more formally in one of our bookable meeting or conference spaces, including our historic art deco board room. Imagine hosting a business event or conference that has the added value of cultural orientation and manaakitanga that no other organisation can provide.

Gail: A goal I have for Parnell is better documentation, education, understanding and recognition of the joint historical significance of Parnell from both early Māori and Pakeha. If it were put to me to create a slogan for Parnell, it would be “Parnell – come share our taonga”

What do you think will be compelling about Parnell in the future?

David: Parnell has a compelling cultural character and atmosphere and I believe we can leverage that further in order to drive greater footfall and spend in the area. I’d like to evolve a stronger collective narrative and identity for Parnell as a cultural precinct. This could emerge as a new brand for Parnell, rather like Heart of the City acts for the CBD. Together with Newmarket and Auckland Museum, this side of the city could be seen as a cultural hub and a visitor destination in its own right.

"Cultural vibrancy is a defining feature of the Parnell community and gives the suburb an unmatched quality of life."

Gail: my memories of Parnell go back to the Early 1990s – regular summertime fish and chips Friday nights. Our Parnell Plunket Playgroup (mums, dads and our children) would meet under the big pōhutukawa tree in Dove-Myer Robinson Park. The long branch tentacles made fun climbing and bouncing for even the smallest, still crawling child. We parents formed close friendships during these early parenting get-togethers and to this day we all still enjoy dining together, holidaying together and sharing in life’s celebrations and challenges.

What is your favourite spot in Parnell?

David: As a historian I’m always looking for a heritage angle in any place I live or work. For me, Ewelme Cottage, managed by Heritage New Zealand, is a hidden jewel. This Victorian weatherboard cottage built by the Reverend Vicesimus Lush and his wife Blanche takes you straight back to the beginnings of the fledgeling city. Like so much of the modern city’s early heritage, now surrounded by modern development, this oasis of historic buildings and garden provide a unique portal into local life and conditions over 150 years ago.

Gail: ‘It takes a village to raise a child’ was the best advice I have ever received – what was yours?

David: For me personal satisfaction depends very much on feeling that you are making a difference to the institution or community you serve. The best advice that I have received has always been, do what you can, with what you’ve got, where you are.

CELEBRATING THE RESIDENTS AND BUSINESSES IN PARNELL. 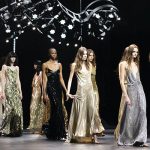 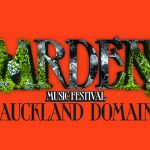 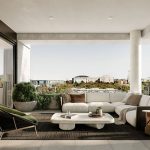