Take a Seat in Parnell | Hercules Noble and Ed Verner

Parnell is home for me. I lived on Great Barrier until I was seven, then moved to Parnell. Apart from overseas work I’ve been here ever since. I went to Parnell District School – great school! Parnell is such a great location too, being right next to the on-ramp, the city, Newmarket, and these electric scooters are freaking perfect. It only takes me 15 mins and $10 to get around the city.

My mum and dad are classical architects. So, I’d say the interiors of the houses they design inspire me and my European style. You know when you’re walking into a house designed by Greg & Georgie Noble. Very unique.

I really love the people in Parnell. Love those small shops, and I see a lot of familiar faces.

That set of shops on Gladstone are not really a secret, but the people running each and every one of them are so freaking lovely every time. I go out of my way to support them because they’re just such nice people. They genuinely smile at you when you walk in.

I’m really proud of my little business that organically came to fruition last year. It just started and evolved so naturally. I didn’t set out to do this. I just followed my gut. At the moment I go to people’s houses to cook for them, special events/birthdays, that sort of thing – and my sourdough is pretty famous.

I don’t really think too much about what the near future holds for me. And I’ve been super lucky to have loads of opportunities pop up out of nowhere. I just jump head-first into them without over thinking. To date that’s brought me a lot of good. But at the same time, I need to learn to properly think before I do. So that’s a big goal for me this year.

Hercules: Ed, you were born in Dorset, and came to New Zealand in 2010. You worked at Merediths and Sidart, reinvented the food at Stafford Rd Wine Bar, went back to Europe a couple of times, sometimes even working unpaid.

I didn’t go to culinary school. Don’t learn particularly well in a classroom so I didn’t see the point. It’s necessary for some, but not for all. I quickly learnt that I didn’t want to own my own restaurant. The pressure just isn’t for me.

You on the other hand knew you needed your own restaurant to let out all the creative stuff inside you. You have had the media describe your food as a ‘miraculous combination of meticulous technique, rustic warmth, deceptive simplicity and grand ambition’. That must take some doing. There’s intensive prep,  locally sourced aged wagyu or other produce, fermentations and concoctions and you and your chefs do it all and then present each dish and drink to a single table per serving.

You’re expressing yourself on the plate and we’re all here for it! You pride yourself on the authenticity and distinction of your food, explain what it takes to achieve this?

Ed: It takes a lot of time and care I guess – not to take the convenient route when sourcing ingredients and working to find the right supplier who cares to get it to me in the best condition. Always thinking of how to be creative and different to what else is on offer and really thinking about the details.

We tell the story of each dish, how the ingredients are sourced and also many times the length of time it has taken to achieve what’s on the plate. It also has to be delicious, beautiful to look at, different and sometimes a little challenging.

Hercules: If there is something I would like to be known for, it is reminding people of what it’s like to be connected with your food. Knowing that food doesn’t just turn up on your plate without a lot of work in the lead up. I’m talking from the moment the seed is planted.

We’ve got a piece of land up north where we have a long-term goal to live sustainably off our own produce. Along the way I want to share the progress/process with all that are interested and give them a real taste of what it’s like to live outdoors and off the land. We all know the satisfaction of catching your own fish. Add in picking fresh produce from the garden and what a joy it really is. I want to remind people of that feeling.

People are hugely disconnected with their food these days.

What is the story of Parnell you most connect with? What connected you to the laneway in which you opened Pasture?

Ed: I was drawn to Parnell because of its close proximity to the CBD while feeling strikingly chilled out and almost like its own village. I saw it as a perfect location for what I wanted. I also wanted something hidden away and something down an alley totally fit the concept.

Hercules: I think Parnell is a bit boojee, but that ain’t a bad thing. It’s fun to get dressed up and go out for dinner in Parnell. I go to 46 & York. It’s also a bit boojee but it’s just in the perfect location with such great evening sun. Also NSP for takeaway pizzas and sitting in Heard Park. But Parnell needs to be revitalised for the young. There’s a few fun places like Pasture, Pineapple, 46 & York and others, but it’s in danger of becoming a retirement home in my opinion. So, a goal for me if I were to run a business in Parnell, would be to reintroduce the younger generation to Parnell. I’m talking ages 20-45. I know that the sourdough I’ve been selling from my home has brought people from all over Auckland to Parnell. And I know that quite a few of them have taken the loaves for picnics at Fraser’s Park (that place should be buzzing, such great afternoon light).

Ed, you have been called the ‘Rockstar of culinary innovation’. Do you see opportunities for Parnell to innovate?

Ed: I see opportunities everywhere I walk in Parnell, so much potential which I don’t think is fully being tapped into. All we need is a few more of the right people to jump in. Sometimes I joke with Hillary that I wish all the landlords would give us some control and we could help out… but to be fair I think we have enough on our plate!

I was drawn to Parnell because of its close proximity to the CBD while feeling strikingly chilled out and almost like its own village. I saw it as a perfect location for what I wanted.

Hercules: You started off with Pasture which has had a string of awards and more recently Boxer achieved  the honour of being named among the ‘Condé Nast Traveller Best New Restaurants in the World’ for 2021. How do Boxer and Pasture interlink and what was your vision for having both?

Ed: Boxer initially was the result of my desire to have a platform to explore our drinks and develop some of those concepts and a menu which was a little different to Pasture but also complimentary – allowing us to serve things a little more simply. What has developed now is a deeper connection to Pasture to the point where you spend the first part of the menu there. I’ve become extremely interested in creating original concepts which rely on, compliment and inter weave with each other.

Hercules: And what about your new venture Alpha? Tell us a bit about that.

Ed: I can’t give too much away about Alpha at the moment but it will be a test kitchen for Pasture with an element of daytime offerings. It will have some exciting tie-ins to the community of Parnell and Auckland at large.

Hercules: The best advice I ever received was to drop out of Uni to do what you really love. Obviously not great advice for all, but when you’re only at Uni because that’s where you’ve been ushered by your school, then it’s very fitting advice.

Ed: My definition of success at this point is certainly not just money. Making a living out of what I love doing. I’m not there yet, but I’m on the right trajectory.

Hercules: You have also said what makes you happy is doing something exciting and interesting creatively?

Ed: Yup, the definition of success is whatever you define it to be. Mine seems to change every year as my journey continues. We all have goals so I guess success is when you meet them. For me, success is having a restaurant that made it almost five years without closing… there were many times for me where that almost didn’t happen.

Ed: As much as everyone would think I do – I never actually cook at home!

Hercules: And lastly – what’s a goal you have yet to realize?

Ed: Having a family – I just met my perfect partner so I’m almost there.

CELEBRATING THE RESIDENTS AND BUSINESSES IN PARNELL. 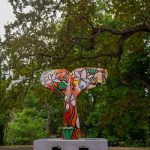 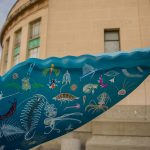 Annika Andresen and Bhakti Patel—’From the Tiny to the Mighty’
January 18, 2022