Work began on the Parnell Station last week. It is currently estimated that the main works will be complete by mid year with stage 1 complete in the last quarter of 2015.

Parnell Community Committee and Parnell Inc have been pushing for the building of the station for several years so we are over the moon that it is finally going to happen. We owe a great deal to Councillor Mike Lee who has championed this project from the beginning when he chaired the Auckland Regional Council and then his role on the Auckland Transport Board these last four years. Recent support from the Waitemata Local Board has assisted in pushing the project across the line and we are grateful for all intervention thus far.

The creation of the station in Parnell marks a significant milestone in the overall business development of Parnell. For many years the focus has been on the North/South connection to the city and Newmarket via Parnell Rd. The station, together with our planned expansion of the Business Improvement District (BID) boundary will enable us to enlarge our vision and include East/West connectivity across the entire Parnell precinct.

Auckland Transport spokesperson, Priscilla Steele, explains that the Parnell station will be widely used by university students saying the station “…is forecast to be used by up to 2000 passengers during the morning peak with many of them heading to the nearby universities. It will also be used by people attending events in the Domain and at the ASB Tennis Stadium.”

“The new station includes two platforms linked by an underpass walkway, it will have ticket machines and CCTV. Future stages may include an overbridge, lifts and enhanced access through the Domain,” says Steele.

The current design of the station has limited amenity due to budget constraints, but does include the relocation of the old Newmarket Station building to the site. Parnell is Auckland’s first suburb and is loved for its historical buildings – what better place to relocate the celebrate the history of rail in an iconic valley ringed with modern buildings. We remain ever hopeful the Parnell Diesel Depot adjacent is listed as a wonderful example of industrial heritage within the new Auckland Unitary Plan, as proposed by Heritage NZ, and then we will have two amazing heritage buildings to welcome you to Parnell

Kiwirail has released the sale of the land publicly. It is essential for the prosperous future of Parnell that a visionary developer assess the possibility of this piece of land, together with the historic diesel depot, as a potential landmark destination connecting community, tourism and business needs holistically. 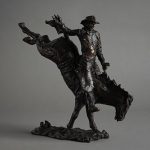